Can feral cats be tamed? The general consensus is that a true feral cat (as opposed to a semi-feral  or stray cat) can not be tamed, unless they are taken in as a very young kitten, but I’m not so sure.

A girl with the screen name “Diviant Tart” wrote in asking about a couple of feral kittens she found in her yard. She took them to the vet, and he said they were about 3 months old, too old to tame. In an online forum, she asked what others thought about that, and got a lot of responses. As I said, I’m not so sure that they can’t be tamed, with enough time and patience. I’ll tell you my stories, and then I will tell you some of the things that Diviant Tart was told.

When I was about 12 years old, I encountered a very frightened Siamese cat behind my neighbor’s house. I don’t know if it was feral or not, but it was definitely very scared of me. I sat down about 15 feet away, and began to talk softly to the cat. It took about an hour, but eventually, the cat ended up in my lap, purring. About then, some neighbor kids came out and yelled for me to come play with them.

I knew the cat would freak out if I jumped up and ran away, so I moved him gently off my lap and got up moving very slowly, until I was several feet away, then took off running towards my friends. 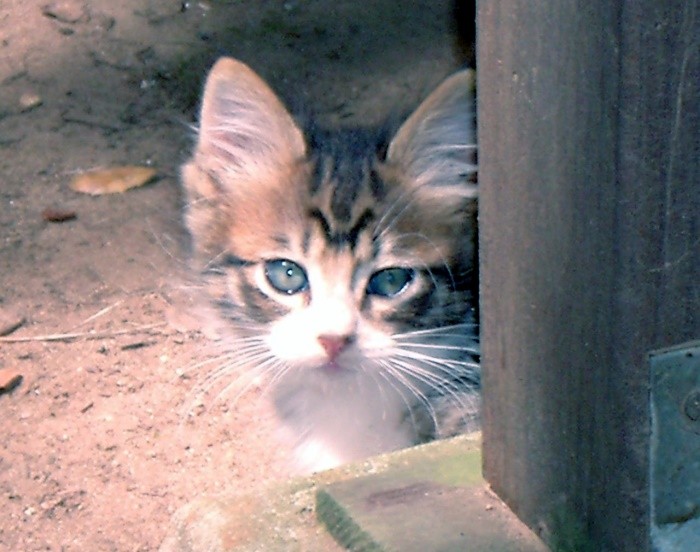 Now, I work in a huge factory, and there are feral cats that live in the buildings. They hide under stock racks, and come out when no one is around to grab left-over snacks and food that the workers have behind at their work stations. A co-worker in the shipping and receiving department had been feeding one of the ferals, and pointed him out one day as I was down there on my lunch break.

I sat down a few feet from the cat, and tried to recreate what had happened when I was 12. I spoke softy to the cat, who was hiding under a table and had his back raised and was all puffed out. I only had about 20 more minutes, so I didn’t have quite that same relaxed calmness as I had when I was 12. However, in that 20  minutes, the cat began to relax, and finally laid down in a little circular ball. He didn’t come any closer, but he was beginning to trust – at least from a distance. I truly believe that if I had had enough time, I could have gotten that cat into my lap. 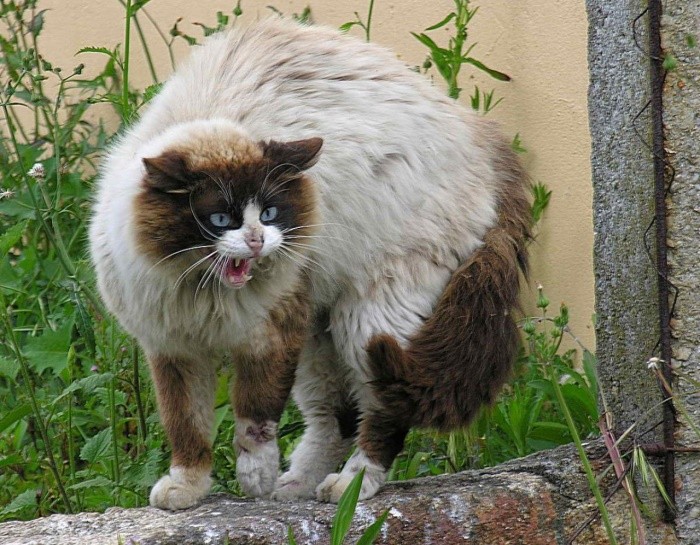 You’ll find various experts and amateurs alike, each with their own ideas on whether or not feral cats can be tamed, at what age it is too late, and how to do it. The following are snippets from a few of the comments that Diviant Tart received to her question about taming the feral kittens. 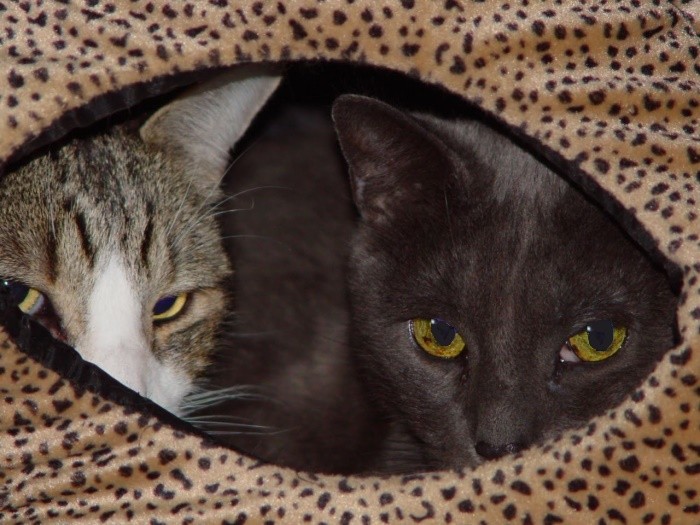 Some Steps to Take

These 4 steps were written by Savanna Y Lujan, a writer from over at PetsLady.com

1. Keep Them In Captivity This might seem hard at first, but ultimately it’s best for the kitten. Once a feral cat is brought into the house, it will be tempted to run and hide. If this happens, it will make it difficult to feed them and give them medical care when necessary. Give them a dog cage or a cat condo with a small litter box and something soft to cuddle and sleep in.

3. Get Kittens Accustomed to Your Presence Start out by sitting near them. Soon, you’ll be able to play with them too. Try purchasing an interactive toy that has some reach to it. This way, they’ll be able to associate the toy with your presence, and you won’t have to get clawed in the process.

4. Be Patient, And Move Slowly Get the kitten accustomed to being petted before you try to pick it up. Once it allows you to hold it, you might be able to start doing things like grooming the kitten. When you pet the kitten, try massaging the skin near the shoulders and on the top of the kittens neck. This gentle massage will release endorphin’s and make the kitten feel more relaxed in your presence.

I agree with taking it slow. Let the kitty determine how much he or she can take. Petting, holding, feeding, it’s up to the cat as to when they can trust you.

What experiences have you had with feral cats? Can they be tamed? Is there an age limit? Or should we just let them be outdoors/barn cats, and love them for who they are?