The Berks Animal Rescue League, of Birdsboro, PA, has developed a fabulous program that benefits both children and cats! It’s called Book Buddies. Children in grades 1 through 8 can come and read to the shelter’s cats in their adoption room. The kids’ reading skills have improved by reading to the non-judgmental cats, so it’s an excellent program for kids that are having any problems with their reading. The cats benefit from the social contact and the added interaction with the community has led to some adoptions! 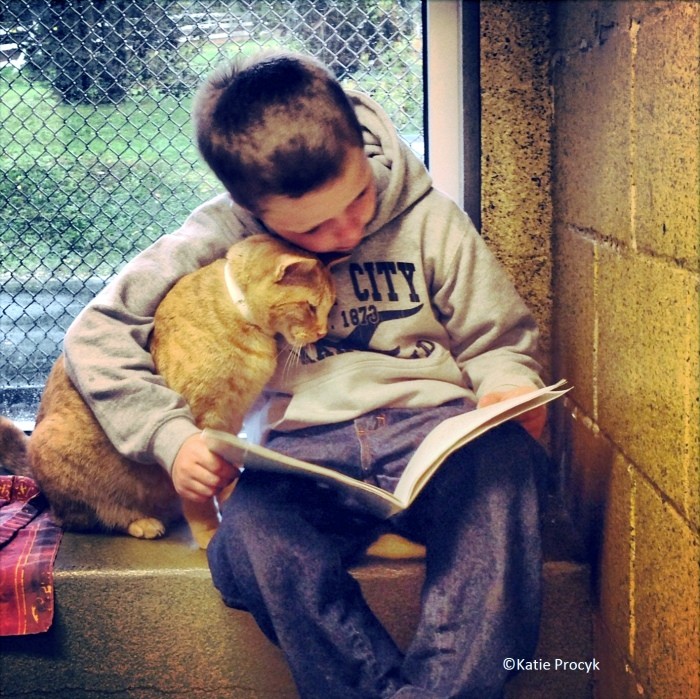 The program will help children improve their reading skills while also helping the shelter animals by providing socialization and human interaction. Cats find the rhythmic sound of a voice very comforting and soothing.

The cats love being read to and played with, and the kids love doing it. There are Brownie troops and another 20 individual kids who come every week to read to the cats.

One little boy has autism and his mom home schools him. His mom knows that interaction with animals is helpful and it has been. He’s blossomed while he’s here. It’s so sweet to watch.

Another little girl was afraid of animals until she participated in the program. Reading to the cats helped her become more at ease with furry companionship and now several months later, she’s even become a volunteer dog walker for the shelter. – HaloPets.com 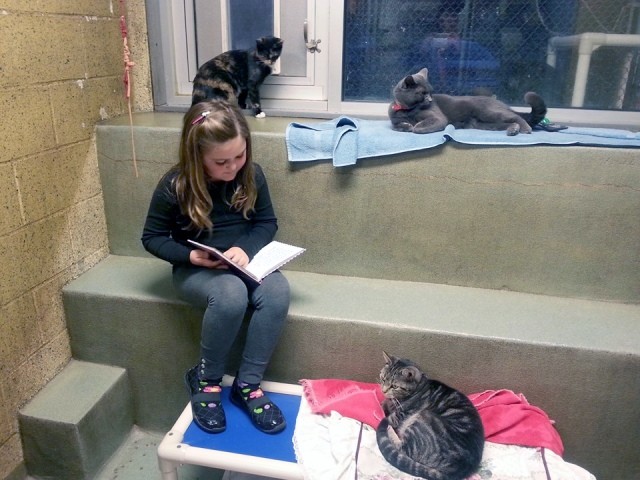 Cheyenne reads to the cats

Cheyenne is the little girl that was afraid of animals. Reading to the cats has helped her to overcome her fears.

The Book Buddies Program was implemented by ARL Program Coordinator, Kristi Rodriguez.  Her son, Sean, who’s a 10 year old 5th grader, served as an inspiration for the program.  He struggled with reading at school and so she brought him in to read to the cats and he loved it so much, he asked to come back.  She knew if her son liked reading to the cats, then other children would as well.  The program officially began in August 2013 and since then  Sean has shown remarkable improvement in his reading and now often reads to their dogs at home.

The kids can earn tickets by reading 5 books and can turn them in for prizes, but they say that is secondary to getting to read to the cats.

The Berks site lists these program benefits, according to researchers at Tufts University:

When it says “they” on the 4th point, I’m not sure if they mean autistic kids, or just kids in general. Either way, this is an awesome program – a win-win for everyone. Wouldn’t it be great if we suggested to some of our local shelters that they start a similar program? And if that’s not possible, it can still be applied to your own young readers. Just tell them that cats love to hear someone reading, which is true, and go from there!

If you’d like to see more pictures of the kids reading to the cats, visit Berks ARL Book Buddy program. 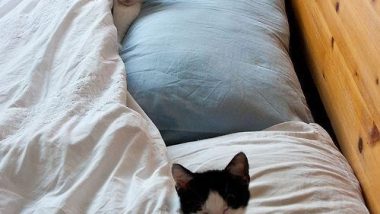 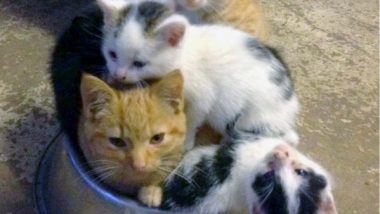 If We Fits, We Sits