Construction workers in Des Moines, Iowa were throwing chunks of broken up cement into a dumpster when they heard something that made them stop. Hearing mews coming from inside the dumpster, they found three kittens inside. These big macho men rushed these tiny little kittens to the Animal Rescue League. Unfortunately, two of them didn’t make it, but this little one did! 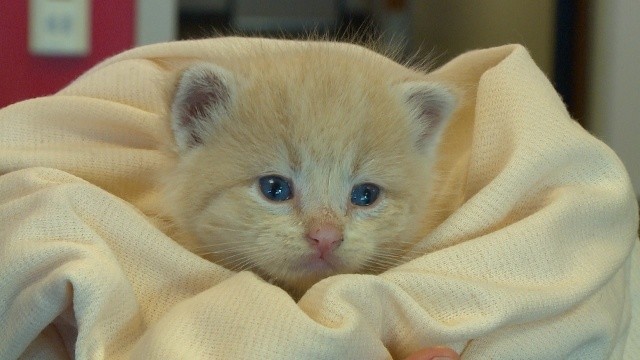 Tom Colvin of the Animal Rescue League said “it was no accident the kittens were in the dumpster.” A commenter suggested that the mama cat may have chosen the dumpster as a place to have her kittens, or maybe she moved them there, and later either the dumpster was moved or the lid was shut, and she couldn’t get to them.

Although I would feel so bad for the mama cat, as I’m sure you would, I hope that is what happened, rather than someone just tossing these precious little babies in the trash.

No word on who might adopt this adorable little furball. What should we name him? 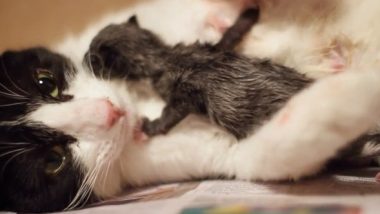 See The Miracle of Birth