Cats In The City – Only One Per Household?

How many cats can live happily together? Is it one, two, or twenty? Do cats need space? If so, how much? Dr. Sarah Ellis, an animal behaviorist, thinks one is the perfect number, and that more than one makes life hard on cats. Do you agree? I don’t! Read on to see what she thinks, what I think, and then let us know what you think! 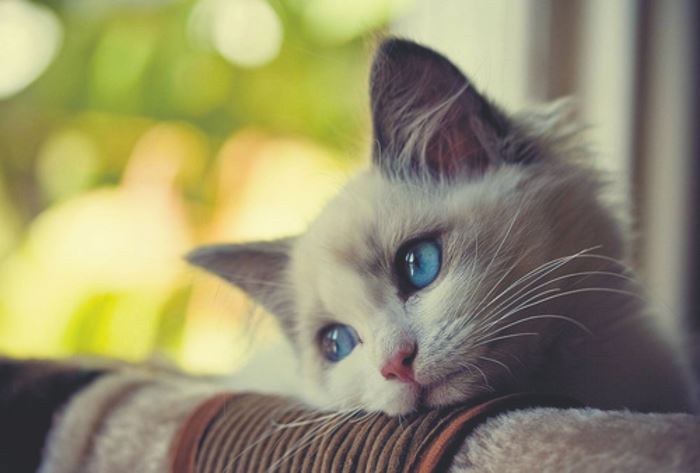 Should City Dwellers Be Limited To One Cat Per Household?

A Dr. Sarah Ellis, who is an expert in animal welfare and behavior at a Lincoln University, has done some research and has come to the conclusion that our cats would be happier if they lived only one to a household and that “keeping more than one feline is cruel”.

At least if they live in cities or towns. She thinks that more than one cat in an urban household is overcrowding and is detrimental to the cat’s psyche. Even more so if you and a couple of your neighbors have several cats! She studied 100 cats, some in the city, some in the country, to come to this conclusion.

Dr Sarah Ellis said keeping more than one cat in the city makes them unhappy as they have to compete for space and are limited to short journeys, ruining their confidence, independence and ability to hunt.

I’m afraid I don’t agree. I’ve seen many cats live happily together, in houses in the city, and once had a cat that was miserable and lonely as the only cat in the household.

Her name was Jersey, we lived in the city, and she was left alone for long hours each day while we were at work and school. It was obvious when we got home that she had been lonely and needed some companionship. She would hang out downstairs and as soon as anyone came home, would cry pitifully for some attention.

We got a second cat, and problem solved! There was no more than a couple of hours of getting-used-to-each-other time, and then Jersey was happy as heck to have a companion. She no longer cried when we got home; we would find the two of them curled up together sleeping on a bed, or looking out the window together, or batting a dust bunny around the room together.

Dr. Ellis says that city cats don’t have enough room to roam around and hunt, and that they don’t have many places to hide in a house with an open floor plan. Even with an open floor plan, there are beds to get under, closets to crawl into, and furniture to get behind. Cats can always find places to hide! And a cat’s exercise needs and hunting instincts can be satisfied by stalking and pouncing on a laser light or by chasing some feathers on a piece of string on a stick.

She also said modern open plan houses are also a nightmare for cats, as they like to hide. And punishing cats for jumping and climbing on furniture should also be stopped, as the animals are happiest when they are off the ground.

I agree with Dr. Ellis about cats liking to climb, but it’s easy enough for city dwellers to provide their kitty with a climbing tree of some sort. The rest, I’m just not buying into! I think we could solve a much more important cat problem, that of cat overpopulation, by REQUIRING all houses in the cities and towns to have at least one cat. Two, if possible. Of course the owners would also be required to be very good to their kitties!

So what is your take on this idea? I know there are lots of you out there that have many, many cats. Do you feel that they don’t have enough room, or that their confidence is undermined by having so many roommates? 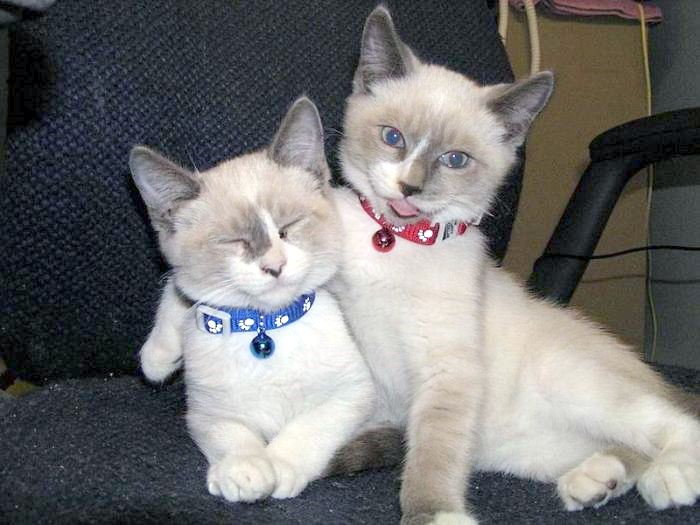 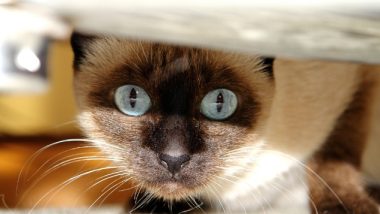 How Can I Stop My Cat From Peeing In My Bed?