Today, August 10 2014 is World Lion Day, a day to celebrate the regal and majestic lion.

World Lion Day was created to raise awareness about the problems that lions are facing in the wild and to educate people about lions’ welfare. Lions are a majestic, regal animal which has real class and composure and trumps the appeal of many other animals in the world.

Lions have historically been an important part of many cultures in our world. You can find them on flags, coins, t-shirts, and as statues in many countries. They are part of our movie culture; Born Free and the Lion King come to mind. The Lion Sleeps Tonight is a song we all know.

Lions are dying due to loss of their habitat, human-predator conflict, unscrupulous hunting, disease and the illegal trade of lions.

Besides raising awareness, another goal of World Lion Day is to try to help protect lions from some of the problems they face in the wild. Lions are being hunted  by poachers and this is just totally wrong, as they are already a partially endangered species. It is estimated that 80-90% of the worldwide lion population is already gone. In fact, the Lion is actually extinct is several countries and is facing extinction in others.

Lions are facing climate change problems, as well, which they may not be equipped to deal with. Furthermore, with the rampant deforestation that is occurring in the world, there is also a loss of their habitat. This naturally makes lions more susceptible to many dangers and decreases their number. It also makes it harder for them to find food since their prey is also decreasing in number.

World Lion Day is all about raising awareness and educating people about the hardships that lions face in the wild. There is a group called the Big Cats’ Initiative (BCI); their program focuses specifically on big cats and the problems they face. This campaign is sponsored and backed by the National Geographic.

The World Lion Day website challenges you to watch for lions today. They say you should see at least one, whether it is on a t-shirt, on the television, or a statue in front of a building.

World Lion Day is an important event and we are happy to take part in it. 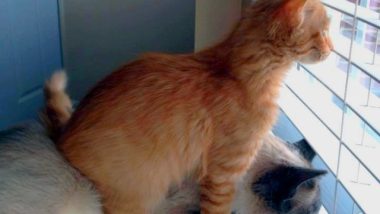 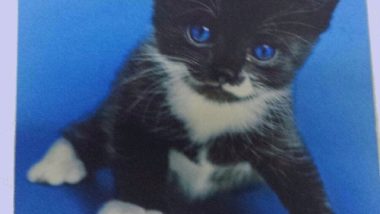 What is This Kitten Doing On My Desk?