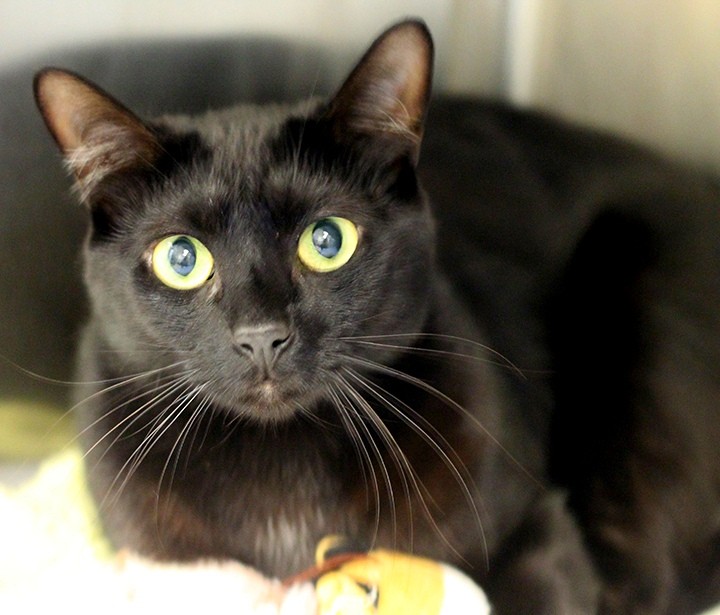 When we got Kes, a domestic shorthair cat, I was in high school, and he was a tiny black kitten with a mouthful of very sharp teeth and a bit of white fur on his lower belly. We used to joke that he was wearing panties. My mother got Kes from an acquaintance who found him on the street and kept him in her office. She couldn’t keep him at home, and since office was no place for kittens, she gave him to us.

She Turns Out to Be a He

At first we thought that he was a she, and my mother named him Cassiopeia, after a wonderful magic turtle from Momo, a novel by Michael Ende (you almost certainly know him for The Never Ending Story). We called the kitten Cassie, and after we discovered that she was actually a he, we changed the name to Cassius and called him Kes.

Kes was frightened at first, but quickly grew out of it. He quickly grew, too. We lived on the second floor of a six-floor building, and our cats were indoor-outdoor kitties, meaning they normally went out whenever they wanted, and returned when they pleased. Kes was happy to explore the outside world as soon as he was big enough and allowed out, although he was nervous at first.

I watched him jump from the edge of the common terrace to a nearby roof. He was not an adult cat yet, and wasn’t strong enough for the jump. It was a ridiculously long jump for such a young cat, but it never stopped him. He fell on the ground some 7-8 feet below, confused and embarrassed. Kes landed on his feet in more than one way; while his paws probably hurt from landing on concrete, he wasn’t injured, and pretty soon, he tried again. And again.

And after a while, after his muscles got stronger from all the running and climbing and jumping outside, he made that jump. And kept making it. 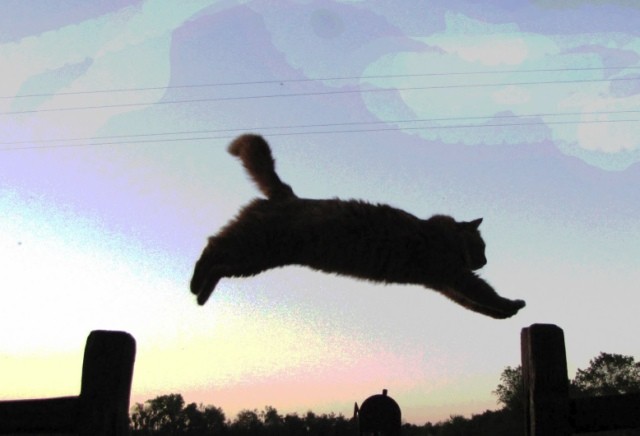 By the time he was a grown cat, Kes was the strongest tom in the neighborhood. In that neighborhood, cats freely roamed the streets, the yards and the rooftops, and mingled as they pleased. Some of them had owners, others did not; either way, someone would leave them food, or they would hunt rodents and small birds and quarrel with crows for their prey.

As the strongest tom, Kes was like a king there. Other toms would quickly get away from him, and the queens… I’ve never heard a voice so gentle as Kes meowing at queens, and before we had Kes, I’ve never seen a queen following a tom home. But they followed him. I’ll never know whether it was because he was the strongest or because he was so gentle, or both, or something completely different, but they followed him.

Kes spent 13 years with us before going outside and never returning. We never found out what happened to that wonderful, persistent, strong cat. It’s been 10 years since he disappeared, and I still remember him. I remember his sheer stubbornness, his refusal to give up, and his success. I remember how cuddly he was, and big, and dangerous, and gentle.

It’s hard to forget such a magnificent cat.

This is a picture of the real Kes. It’s a scanned image, taken before digital images were common, so it’s not too clear, but you can see his “white panties”. 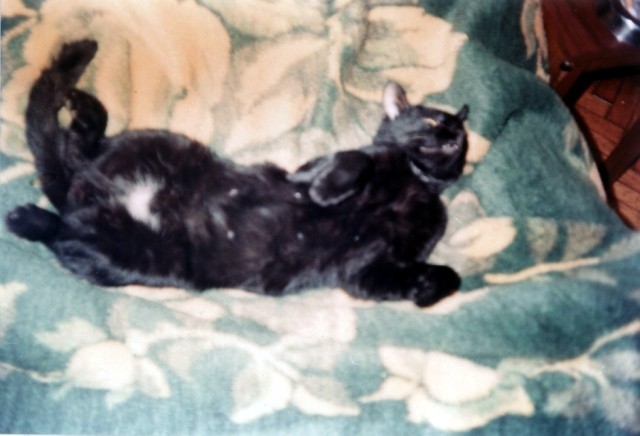 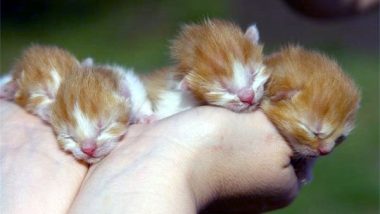 When Do Kittens Open Their Eyes? 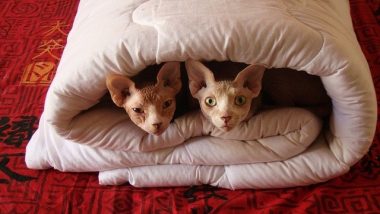