This is Loki, a blind kitten. Loki was found outside a restaurant, with a bad eye infection. His owners were told he would either need to be euthanized or would have to have his eyes surgically removed. So sad!

His owners opted for the surgery, and now Loki is a happy, healthy little guy that gets around amazing well for not having any eyes! It’s obvious when watching him play with his toys that his other senses are very sharp.

This is the story of Loki, a kitten we found that had been neglected so badly that he ended up going blind. I want to show that blind kittens, while unable to see their surroundings, don’t really have much of a disadvantage in life and can still play and be affectionate.

Bless Loki’s owners for giving him a chance at life! 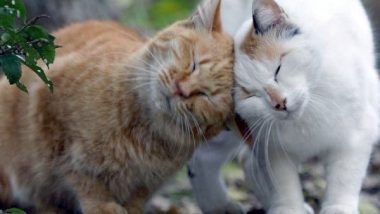 Head Butting – Why Do They Do That?