Electra  is a 6-month-old kitten from Medina, Ohio. All of her brothers and sisters have found their furrever homes, but she has been left behind, because she walks like she’s drunk.

The vet says it is a brain thing that some kittens get, but most outgrow it,” Save Ohio Strays volunteer Sandy Barnosky said. 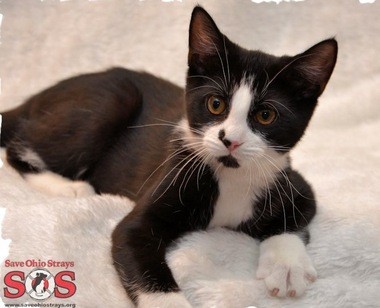 There are many reasons that a cat might walk like they are drunk, but it could be Cerebellar Hypoplasia, or what is more commonly known as Wobbly Cat Syndrome.

The cat with cerebellar hypoplasia is abnormal from birth, though it may not be clear that something is wrong until the kittens are toddling around with some coordination. The cat with this disease clearly has balance issues: he walks with his legs widely placed for fear of falling and places his feet clumsily. He often leans against walls for support. Sitting still, he may look like a fairly normal cat but once focused on a toy, food bowl or friendly hand, tremors begin getting more severe as concentration becomes more intense. Still, despite the obvious impairment, cats with this condition are happy, able to feed themselves and use a litter box, and are felt to have good life quality. – source

The feline distemper virus or the the feline panleukopaenia virus is what usually causes cerebellar hypoplasia in cats. If a pregnant mama cat has either of these viruses, or if she is vaccinated for them during her pregnancy, the live virus can pass through and attack her babies’ developing cerebellums. A cat’s cerebellum is developing clear up until a few days before they are born; so they are vulnerable for quite some time. It can also be passed through nursing, so a mama cat should not be vaccinated until her kittens have been weaned. It can also be caused by the ringworm medicine Griseofulvin, if used during pregnancy or nursing. So again, wait until the kittens have been weaned to use it.

Living With A Wobbly Cat

As long as you keep your wobbly cat indoors, and give them non-tip bowls to eat and drink from, they shouldn’t have too many problems and can live a purrfectly happy long life.  A little extra care can go a long way towards making sure your cat avoids any accidents that could be caused by his or her lack of balance. The wobbling doesn’t get any better with age, but it also doesn’t get any worse. A cat can have various degrees of problems with their balance, depending on how badly their brain has been affected. But other than their lack of coordination, wobbly cats are normal in every other way.

To learn more about Cerebellar Hypoplasia, and to see a cat that has it, watch this short video called “This is Charley”. 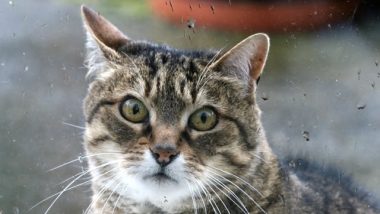 Mama Cat Braves Storm To Bring Her Kittens To Safety 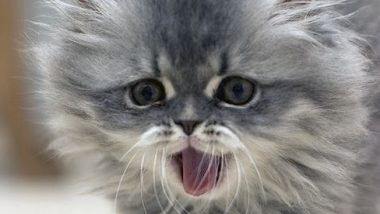