A Graphic Look at the Pain Caused by Declawing

Dr. Jennifer Conrad is out to change the world. As an exotic animal veterinarian, including being the vet to many “actor” animals in Hollywood, she has seen first-hand the damage that declawing has done to so many cats; both domestic house cats, and the big, wild cats. She believes that the only way to stop declawing from happening is to make it illegal.

We’ve already discussed reasons that we shouldn’t declaw our kitties in a previous article, but watching this video will make much more of an impression than simple words. It all comes down to this: is your sofa more important than your cat’s well-being?

Here is a transcription of the above video:

When I began to be known in Hollywood as an exotic animal veterinarian, I got more and more work. But I was also a veterinarian for animals who had wound up in sanctuaries or on animal compounds. Many of them are illegal pets who were confiscated and they were declawed and crippled. So I decided to take on a 3 year old, 350 pound tiger. He was having trouble walking, his name was Drifter.

[Drifter is shot with dart to knock him out. Next, a doctor is looking at X-rays of his paws]

What’s much more involved is finding that deep digital flexor tendon and attaching it to extensor tendon. That’s micro-surgery. But what was shocking was the amount of nail that was growing under his skin, and I used to call it a pebble in the shoe, but this was really like Gibraltar. I can’t even fathom what that was like for him to have to walk on that.

[Over 22 million U.S. cats are declawed]

A 10 pound cat can suffer from declawing as much as a 100 pound cougar. It’s an amputation and no matter what size animal you are, you need to have your toes.

Since the AVMA or any of the other big veterinarian groups aren’t doing anything to stop this, the only way that I can see to stop it is to make it illegal. And that made me remember the quote from the great Martin Luther King that says “Laws can’t change the heart, but they can restrain the heartless”.

And that’s when I decided, it has to be illegal. The only way to stop these animals from being declawed is to make it illegal. Together we can stop declawing nationwide. For more information please visit www.PawProject.org

As you have seen, declawing is not a manicure, or simply an act of removing the claws, it is an amputation. It’s no different than cutting off our human fingers or toes at the last joint. Declawing cuts through bone, tendons, skin and nerves. Please don’t do this to your cats.

Visit the Paw Project website to donate to their work or for more information on declawing. 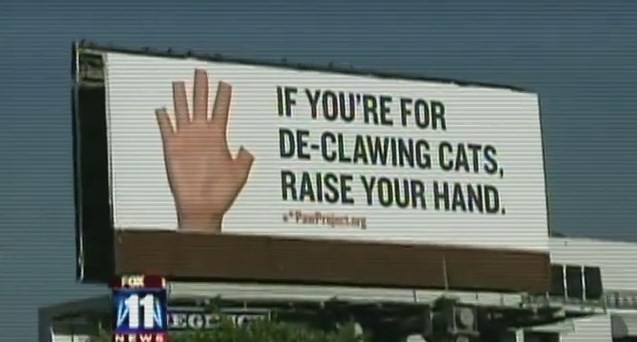 Soft Paws is a great, inexpensive alternative to declawing, as are several other brands. Click on the banner to check these sparkly ones at Amazon, or to see all their nail caps, click here! (Many are less expensive, but these have a good rating) 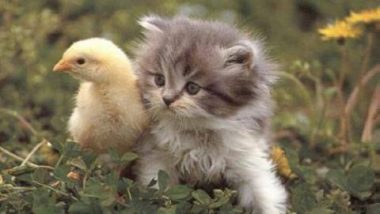 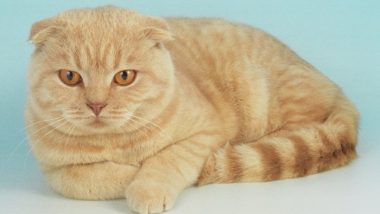