Diane is a lady who lives in West Paris. Diane adopts feral cats. She has 12 at the moment. Some live inside her house, but the most extremely un-socialized of them live in her outbuildings. 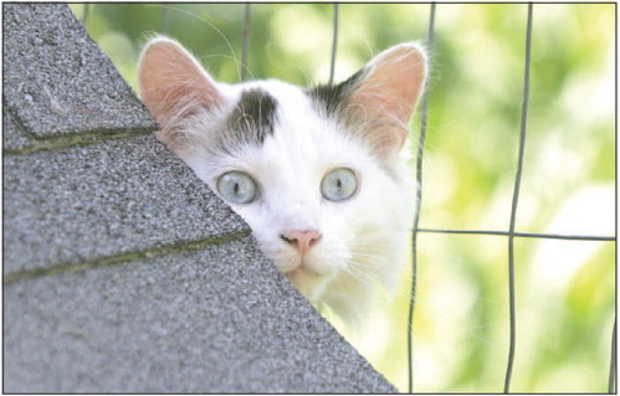 Three years ago, Diane read about an adoption event, that was being held by a local animal shelter, for animals that had lived there for a long time. There she met Concho, a white cat that had lived at the shelter for seven long years. Concho had been living in a cage all that time, and Diane realized that this was no way for any cat to have to live, but especially so for a feral cat.

“Their pupils are dilated and they’re scared all the time,” she said. “Who wants to live in a cage when you are wild?” She decided to do something about it, at least for this one cat. But as soon as she committed to taking Concho she thought, “She can’t be by herself.”

Diane realized that although feral cats are not socialized to humans, they are socialized to each other. So Jamie, who had been at the shelter for an even longer eight years, found a furrever home that day, too. 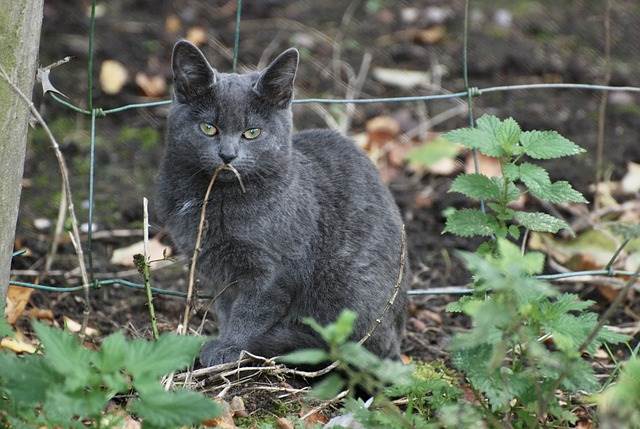 At that time, Diane’s feral adoptees lived in an outbuilding that has an attached, enclosed pen. Plus, she has a heated room off her garage for the winter months. But now, some of the cats have gotten so used to her being around, that they have let her see them in the daytime, and some have even allowed her to pick them up. Some of these more social cats live in the house, along with her three domestic cats.

Diane refers to her two groups of cats as the “touchables” and the “untouchables.” As for the number of cats she has taken in, “It snowballed. I used to be normal at one time,” she joked. Where’s the satisfaction in adopting such cats, some of whom she rarely sees? “It’s knowing that they’re free, that they’re not in the shelter,” she said.

Diane now encourages people to adopt feral cats. She says it’s not necessary to have outbuildings available, they can live indoors, you just may not see them often. A good point about adopting ferals, according to Diane:

“If you’re off working all day, feral cats won’t make you feel guilty.”

In the part of Paris where Diane lives, there is no adoption fee for ferals, but they want you to adopt them in pairs, both for companionship and so they can keep each other warm in the cold months. 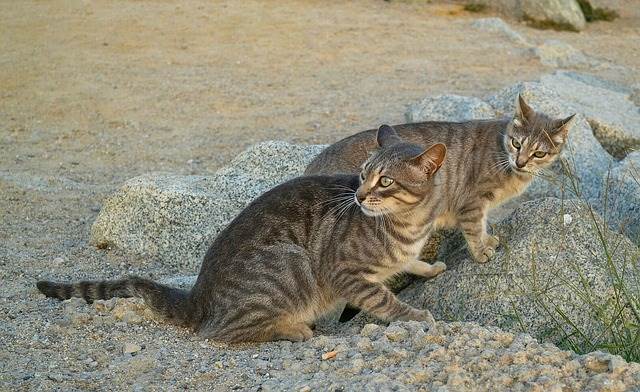 The cat you see in the top picture is Whitey. He and a litter mate were feral kittens who lived in a barn, but lost their mother in a fire in 2012. Whitey has become used to Diane, but is still afraid of strangers. 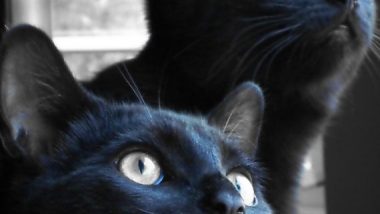 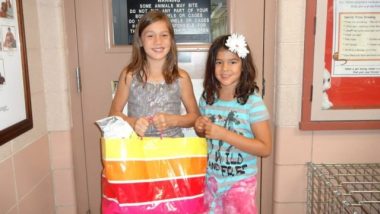 Girl Asks for Donations for Animal Shelter Instead of Birthday Gifts