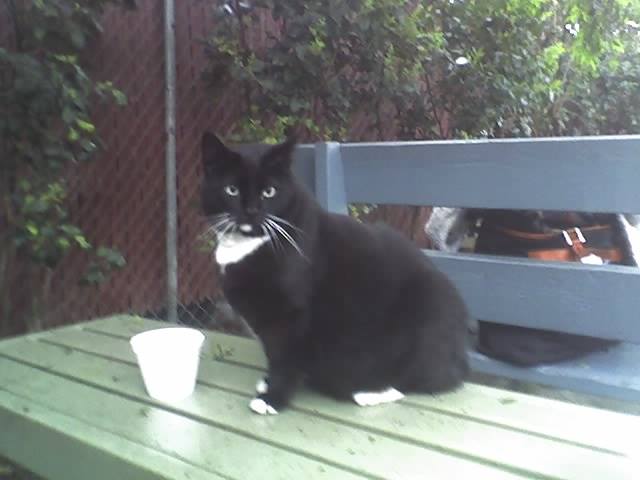 He is dressed like a gentleman in a tuxedo; with high top button spats, white gloves, white shirt, black tux with a waistcoat, and a little “milk” on his chin. As his owner, Janet, says, he is beautiful… but sometimes he’s kind of a bully – to her.

“He’s a good brother to the young female cats, he gets them in a hold they can’t get out of, and then when they try it on him he shows them how to get free. He is very gentle with them.

But he once clawed my hand up big time for messing in his kitty business – there was one female, a very small tortoise and she was not interested in his attention. I put my hand between him and her and he did that grab-your-hand thing that cats do when they’re playing, but he did it FOR REAL. I was bloody. He was flirting with her I think.

He was a feral or stray when we found him, but he was a kitten, so he got used to us. He had mange really bad, but we adopted him and took care of it, and now everyone loves him because he is so beautiful, and he has definitely become used to the attention. He is about 4 now.” 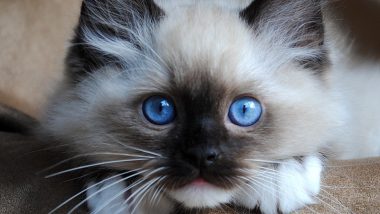 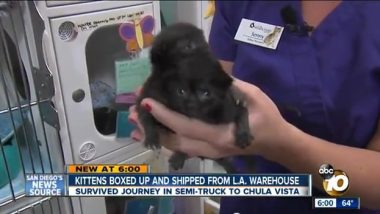