Michelle, originally known as Mike, needs a furrever home. Michelle’s story started in October 2012 in Texas. She was brought to a shelter, covered with ringworm fungus, and was thought to be a boy cat. They called “him” Ringworm Mike. Not a very nice name for a sweet, sick kitty!

The shelter she was in was a kill shelter, and “Mike” was going to be taken to the back room. But Rockwall Pets saved her from that, thank goodness! It was at Rockwall that the vet discovered that Mike was a girl, and her name was changed to Michelle.

At Rockwall Michelle was spayed, vaccinated, and made ready for a new home, but then the ringworm came back.

Fast forward to Halloween 2013. It had been so long since Michelle had lived the life of a real kitty, her anxieties took hold. She nervously nibbled at herself, causing large areas of fur to fall out. This Halloween disguise – she looked like a cast member from “Thriller” – wasn’t doing much to help her social life. She found it difficult to find a home when potential adopters saw a beautiful face but a half-naked body. That meant more weeks of communal living with other homeless kitties while her fur grew back. 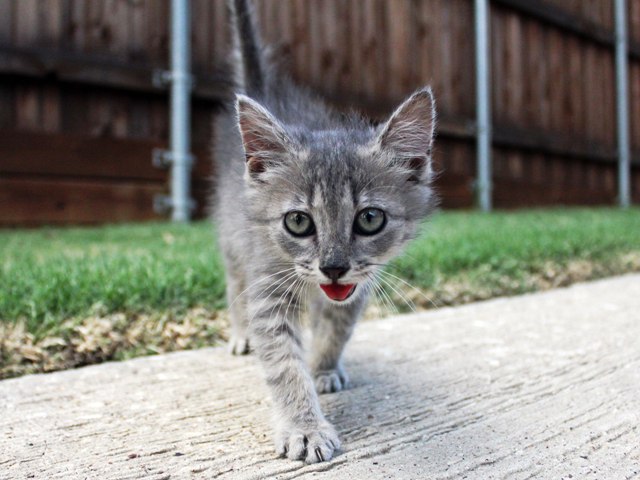 Michelle when she was known as “Ringworm Mike”

Poor kitty just can’t seem to catch a break! Now, it is October of 2014, and Michelle still has the problem of nibbling at her fur when she’s nervous, so she still looks raggedy, and no one has adopted her! They say she is bossy with the new kittens that come in – she lays down the law! And she likes to be the center of attention.

As fitting for this trick-or-treat time of the year, the staff at Rockwall say:

Michelle has had a lifetime of tricks. A loving home – where she can relax and finally get comfortable – would be the treat of her dreams. 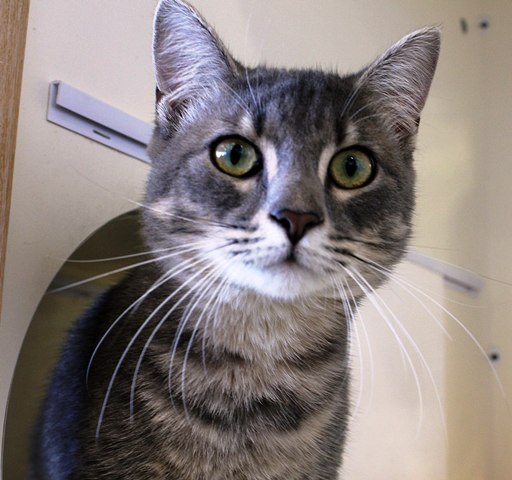 Do you live in or near Rockwall, Texas, or know someone who does? Someone who would give Michelle her furrever home? 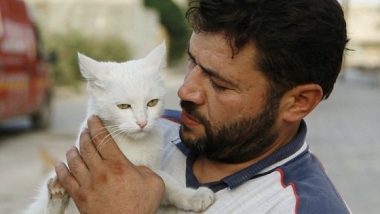 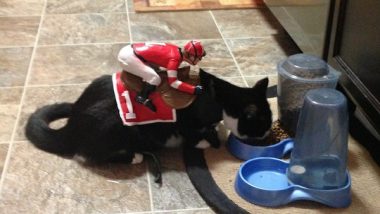 Giddyup, Kitty! We’ve Got A Race To Run