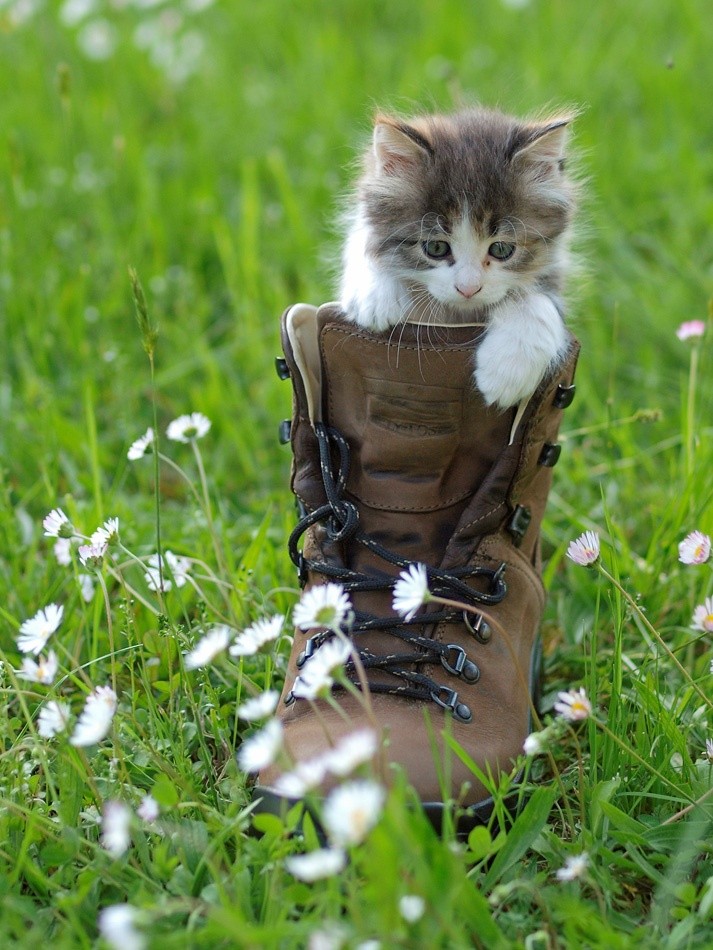 The story of Puss in Boots was written in 1697 by Charles Perrault. It was known in Italian as Il gatto con gli stivali or in French as Le Maître Chat, ou Le Chat Botté (Master Cat, The Booted Cat). In English it became Puss in Boots.  They say that the cat in the story used lies and deceit to make advances for his master, but I don’t see where he hurt anyone in the process.

The tale opens with the third and youngest son of a miller receiving his inheritance—a cat. At first, the youngest son laments, as the eldest brother gains the mill, and the middle brother gets the mules. The feline is no ordinary cat, however, but one who requests and receives a pair of boots. Determined to make his master’s fortune, the cat bags a rabbit in the forest and presents it to the king as a gift from his master, the fictional Marquis of Carabas. The cat continues making gifts of game to the king for several months.

One day, the king decided that he wanted his daughter to marry the cat’s master. The cat persuades his master to remove his clothes and enter the river. The cat disposes of his masters clothing beneath a rock. As the royal coach nears, the cat begins calling for help in great distress. When the king stops to investigate, the cat tells him that his master the Marquis has been bathing in the river and robbed of his clothing. The king has the young man brought from the river, dressed in a splendid suit of clothes, and seated in the coach with his daughter, who falls in love with him at once.

The cat hurries ahead of the coach, ordering the country folk along the road to tell the king that the land belongs to the “Marquis of Carabas”, saying that if they do not he will cut them into mincemeat. The cat then happens upon a castle inhabited by an ogre who is capable of transforming himself into a number of creatures. The ogre displays his ability by changing into a lion, frightening the cat, who then tricks the ogre into changing into a mouse. The cat then pounces upon the mouse and devours it. The king arrives at the castle that formerly belonged to the ogre, and, impressed with the bogus Marquis and his estate, gives the lad the princess in marriage. Thereafter, the cat enjoys life as a great lord who runs after mice only for his own amusement. – Wikipedia

The story of Puss in Boots has stood the test of time, and is still popular today. The story has had many variations written since the original, and the Puss in Books character has made appearances in movies, plays, and other stories. He has even been the star of his own movie.

Here are some pictures of more modern-day pusses in boots. Which one is your favorite? 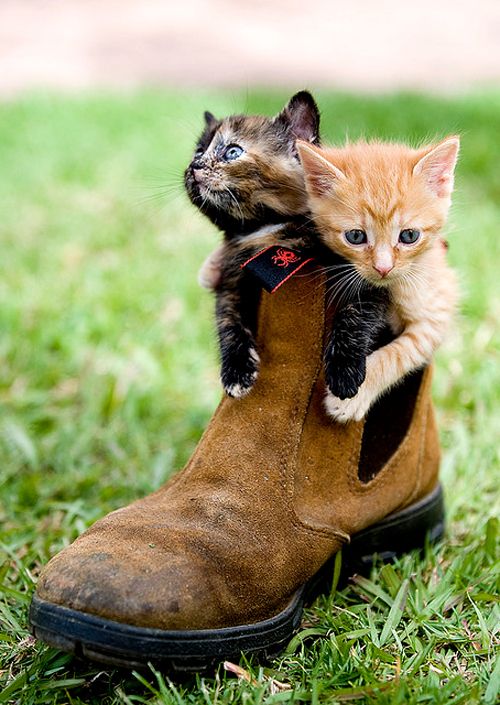 Do you think you’ll need your rain boots today? It looks a little cloudy outside! 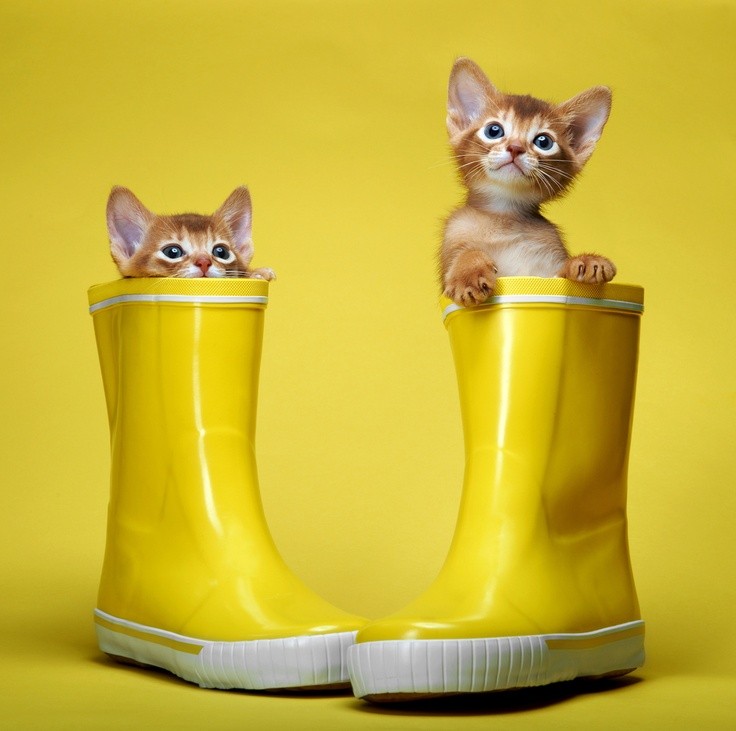 I’m all warm and cozy in here! 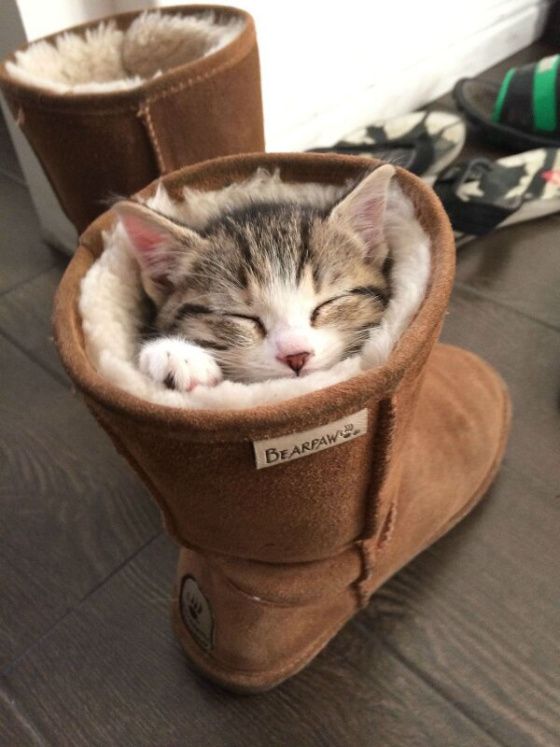 Grrrrrr! This is MY boot and no one had better get near it! 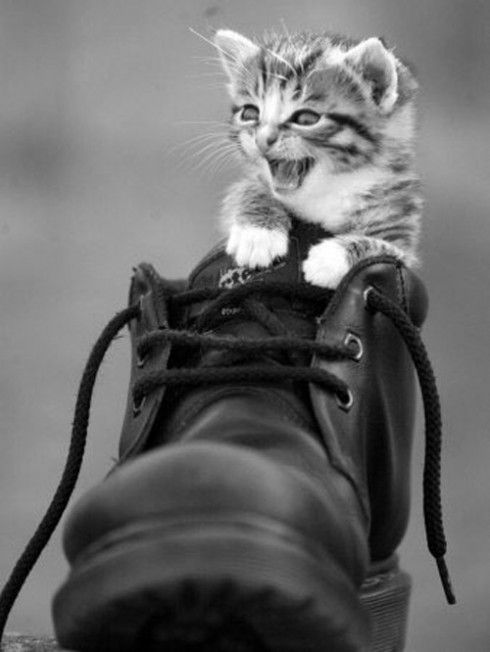 Two-by-two with eyes of blue. 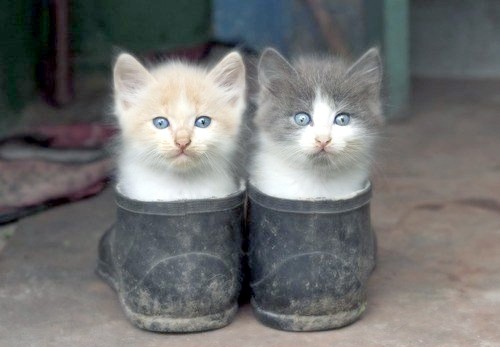 Kittehz definitely like to get into boots, shoes, and slippers. What is your cat’s favorite thing to get into? 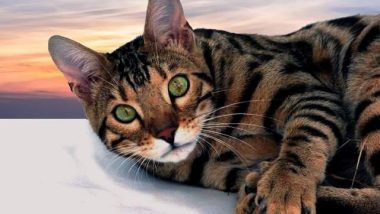 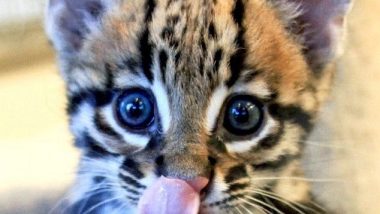