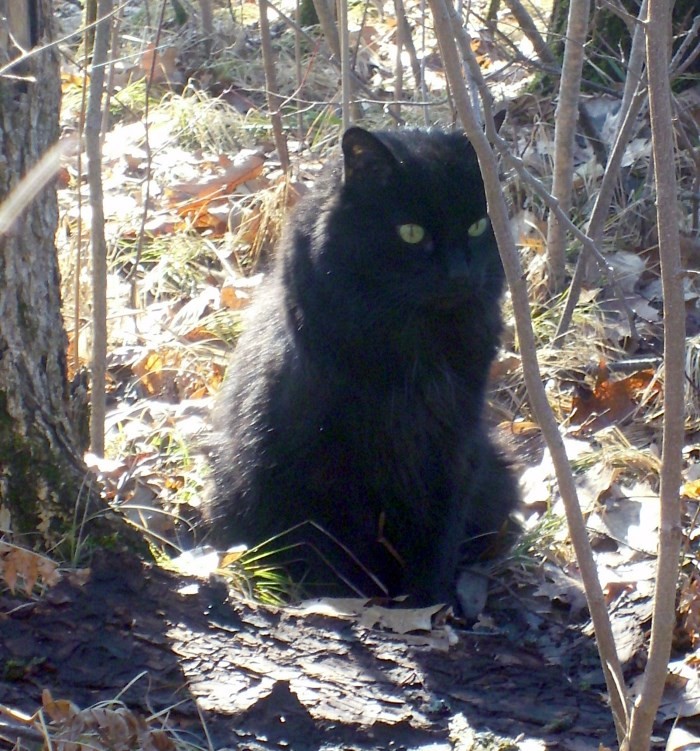 I have always loved animals; since I was a young kid. Growing up, my best friend was a little poodle named “Mitzie”. I had gotten her when I was 8 years old. We were together for 15 years, until she got cancer and had to be put to sleep. I had been without her only a few months when I moved in to a new apartment. It was the first time I had ever lived on my own; without a roommate. I knew that I wanted an animal to come home to each night but my landlord didn’t allow dogs and, besides that, it was too soon to think about getting another dog after Mitzie. My landlord did, however, allow cats- so, the decision was made for me . . . I was going to adopt a cat. 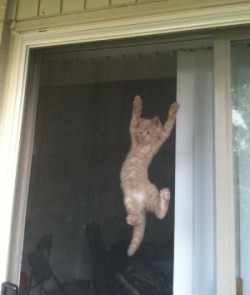 I went to the local humane society where they directed me to “the cat room”. It was a small room with a screen door on it (the kind you see on old farm houses). There, on the upper portion of the screen, hung a cat. He was spread-eagle, clutching the wire mesh with his claws, meowing loudly. (He looked pretty happy to be hanging there on the door!) I thought of the curtains I had just purchased for my new apartment. I imagined them ripped to shreds by a sharp pair of claws. I immediately began scanning the room for a more “mellow” cat.

What I saw were mostly kittens. They were perched everywhere! High and low; jumping, running, playing crazily together . . . and there, in the middle of the room, sat a kitten that was a bit larger than the rest. He was jet-black with a white stripe on his chest. He sat there so calmly amid the chaos.

The humane society volunteer told me his name was “Freddie”. They found him as a stray wandering the woods and they estimated him to be about 6 or 7 months old. I walked up to him and he began weaving his body around my ankles, rubbing himself against my legs. I picked him up and he immediately lay back in my arms. He stretched his front and back paws out as far as they could go, then he went completely limp. I massaged his back as he lay upside down in my arms and he began purring incredibly loudly; completely content. I knew immediately that he was the one for me.

The first thing I did when we got home was change his name. I remembered him sitting there, in the middle of the cat room, stoic- almost regal- in the way he looked at the other kittens playing so crazily around him. The perfect name came to mind . . . Ceazer.

In the first months of living together, I learned very quickly that Ceazer was just as playful as the other kittens at the shelter. I would come home from work in the afternoon to find every one of my lower kitchen cabinet doors sitting open. The bi-fold doors in my entry way and bedroom would also be open. Knick-knacks would be knocked off my end tables and lamp shades flipped up on their sides. 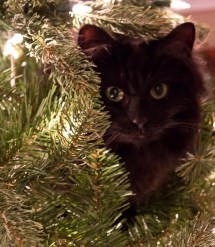 Our first Christmas together was very interesting. Ceazer was fascinated by the colorful glass ornaments hanging from the evergreen tree in my living room. He would crouch down low across the room from where the tree stood, accessing the twinkling lights and colorful shimmering globes. Then he would spring from his low-lying position and launch himself across the room, headed full-speed for the tree. He would jump at the last second and knock a glass ornament from its branch then screech to a halt on the opposite side of the room and watch as it shattered into a thousand pieces on the floor. It was a strange looking tree that year; all the ornaments placed up high yet completely bare on the bottom.

When summer came, I wanted him to be able to enjoy the warm weather, feel the grass on his paws. But I also didn’t want him to fall prey to any dangers he might experience if he wandered off in to the woods behind my apartment building. So, I bought a harness (who knew they made such things for cats!) and tied him up on a long leash in the back yard. He would lay on his back, soaking up the sun, or go to the nearest tree and sit up on his haunches, rubbing his claws over the roughness of the bark. I was sitting outside with him one day when his attention focused on a movement just inside the brush line at the edge of the lawn. He crouched low and tracked the prey I couldn’t yet see. Then, quick as a wink, he launched himself into the brush and came out with a wriggling chipmunk in his mouth. His eyes were wide and he looked as shocked as I was! I yelled and he quickly let the critter go and it scampered away into the tall grass. I moved his leash then so he wouldn’t be so close to the woods but it was amazing to see what a little hunter he truly was.

Ceazer was a loving cat (when he wanted to be) and he like attention . . . but on his terms. He craved the most attention at about 2am in the morning, which was always a bit of an irritation for me. He would crawl up on to my chest and begin purring as he settled himself down on top of me. I would stroke his back and rub his ears and the volume in his purr would increase significantly. His purr sounded like a loud engine that was in desperate need of oil. There was a loud reverberating squeak in the middle of it. After a bit, he would leave me to sleep and would find other things to occupy his time during the night.

As the years passed, and he got older, he came to me less frequently in the night and slept more often. He had a favorite spot that he would curl up in in my closet, just behind my full-length mirror. It was there that I found him one afternoon. He had passed away in his sleep during the day. Twenty years we had lived together and it was a gentle, peaceful way to say good-bye.

Stacy Block, Ceazer’s mom, is passionate about animals and, more specifically, pet rescue. She currently has 2 rescue dogs who live with her husband and her 2 young children. 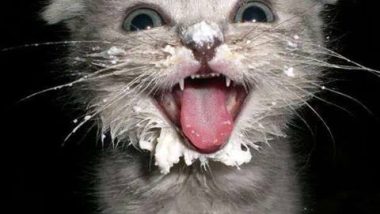 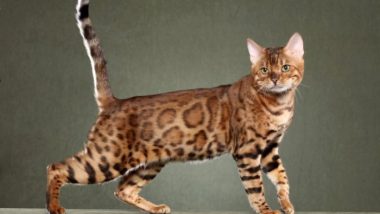