Sinbad the cat has become an internet sensation after being rescued from his owner. Someone, I’m guessing a neighbor, reported that there was a cat that looked like he was dragging around a carpet. 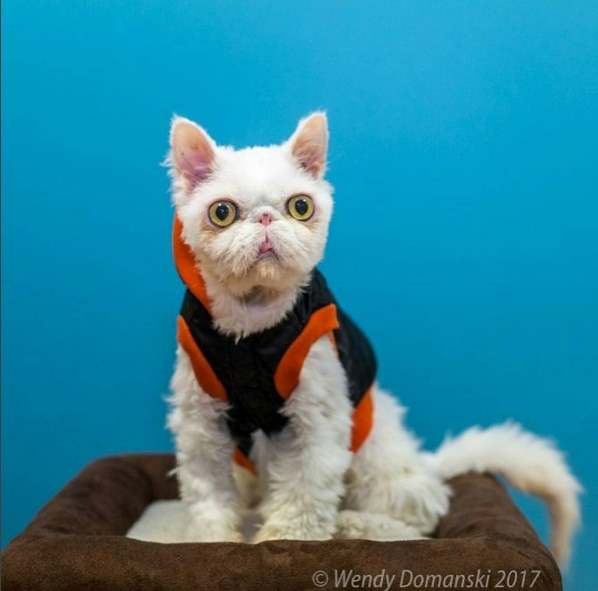 That carpet turned out to be five pounds of matted fur. No one knows how long the cat had been like that, but safe to say it had been quite some time. The elderly man that owned him was unable to care for both himself and Sinbad. He couldn’t get around himself, and was said to be in mental decline. When approached, he willingly gave the cat up to the rescuers. 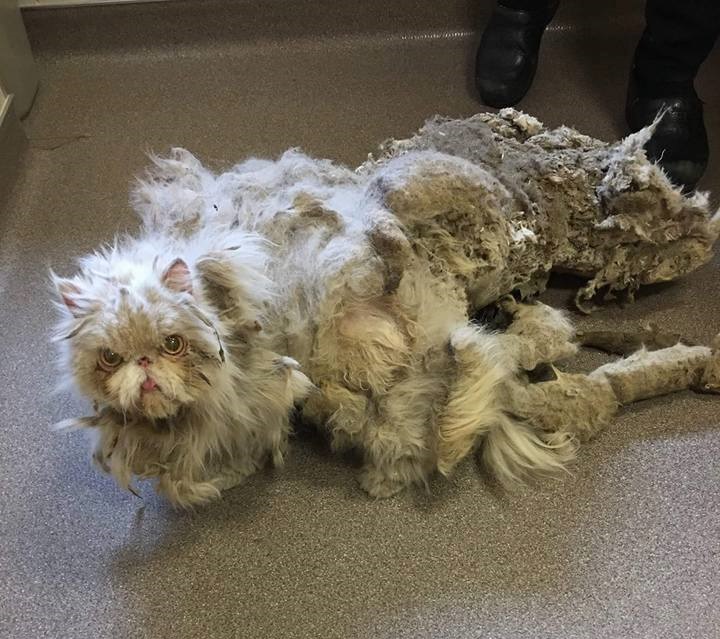 The wonderful people from the Anti-Cruelty Society, shaved off the mass of fur from Sinbad’s body. The muscles in his back legs had atrophied, because the matting had them bound. At first, he was shaky on his legs, but after a few days of recovery, he was able to jump up on the furniture. He also took right to the litter box, something they weren’t sure he would know how to do. 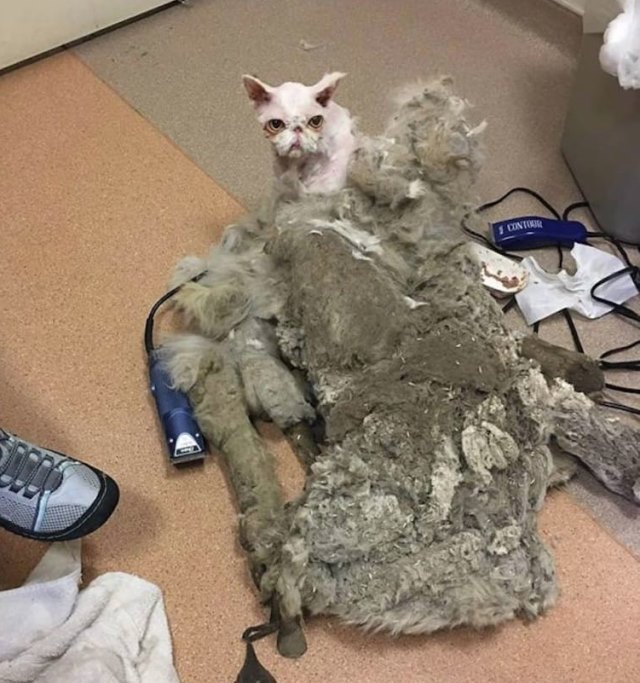 One of the Anti-Cruelty Society managers, Elliott Serrano, took Sinbad home with him for the Christmas holidays. Happily, Serrano found that he just couldn’t give him up, and now Sinbad has a furrever home.

“It was the second day he was home with me. I was lying on my bed with Sinbad on my chest. He was just purring and chirping as I petted him. He looked at me with those big, round eyes, all content and happy with where he was,” says Serrano, a humane education manager for Illinois’ Anti-Cruelty Society, whose humane investigation team rescued the horrifically matted cat from a basement in December. “That was when I said to myself ‘aw heck, I can’t let him go.’ ” – source

“In the weeks following his rescue, Sinbad…. has blossomed into a completely different cat. He’s really taken to grooming himself and keeping clean,” Serrano tells PEOPLE. “I brush him regularly, and his coat has been coming in very well. I’m amazed that he’s recovered so quickly!” 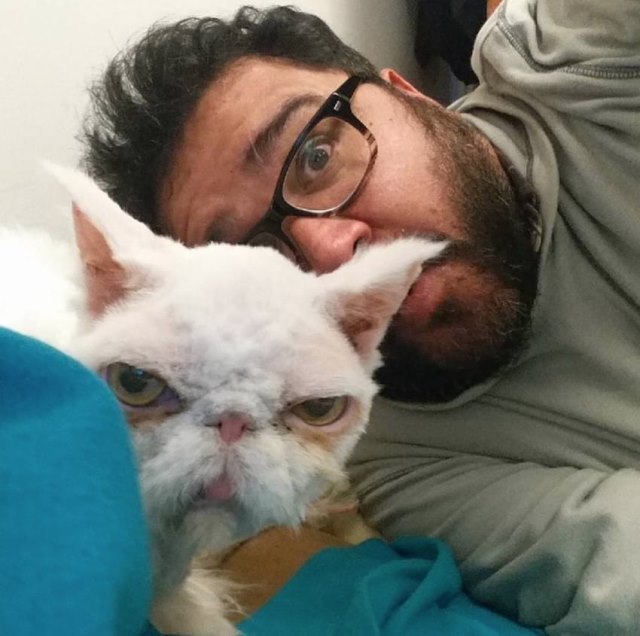 Sinbad has shown himself to be a sweet, loving kitty that rubs up against people’s legs and likes to lay on Elliott’s chest and purr. His fur is growing in nicely and is very soft. He definitely cleans up well! 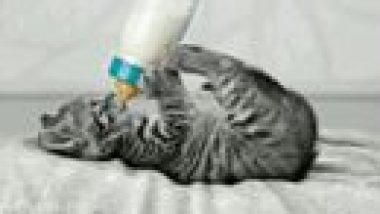 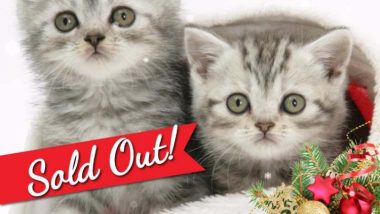 Leave a Reply to I Love Cats Cancel reply