There are many stories about people moving away and leaving their cats behind, but this is not one of them. Quite the contrary, one day in 1996, pet cat Poldi walked out of his home in Munich, Germany, and left his family behind. Poldi’s family searched for the missing cat for months, with no luck. 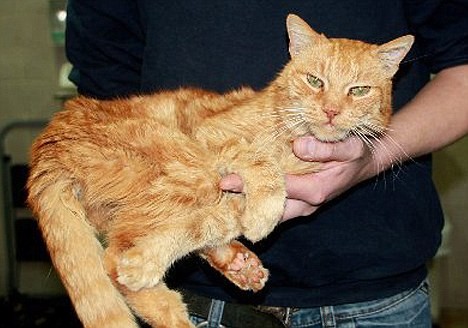 Poldi Before He Left

Finally, they gave up, believing that they would never see their cat again. Incredibly, SIXTEEN years later, Poldi was found by a hiker, 20 miles away from his former home, living in the woods. As reported by Metro News:

The stray was spotted sitting on a log by 19-year-old Kilian Schoettel and his family, who took the ginger cat into a local animal centre.

His father Bernhard told a Munich-based newspaper: My son immediately noticed that the animal was quite old. He felt sorry for it because it no longer had any front teeth. 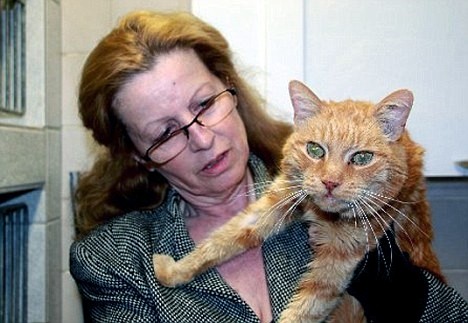 Eveline Kosenbach with a much older Poldi

A tattoo on Poldi’s ear enabled the Munich Tierschutzverein Animal Rescue Centre to find Poldi’s owner, Monika Moser. Monika says that she thinks the reason the cat abandoned them was because he didn’t like her other cat.

The cat was not feeling well – and obviously wanted to be found. He is now enjoying being looked after and is happily back with his owner at long last.

It’s something of a miracle that Poldi was able to survive on his own for such a long time. Now Poldi will be able to live out the rest of his life in comfort, surrounded by his loving family. Don’t you just love a happy ending? 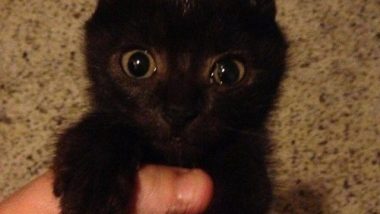 I Need A Better Name Than "Toothless"! 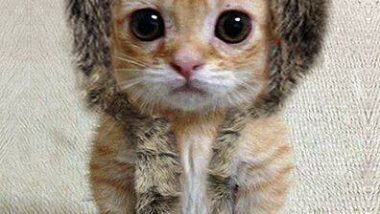